Menu Close Menu
Although the US Constitution requires that states give "full faith and credit" to licenses issued by other states (e.g. driver's licenses), there has been resistance to following this law and applying the principle to concealed carry licenses.

Many states will nevertheless recognize a valid concealed handgun license issued by another state, provided that the other state also recognizes their license. This is referred to a reciprocity.

Unfortunately, even though the original CHL law required the secretary of state in Oregon to negotiate reciprocity agreements, none ever were, and that part of the law was quietly dropped. There have been several efforts to revise the law in Oregon to provide reciprocity but these have been blocked in one way or another (no prizes for guessing which party is responsible for this).

As a result, Oregon is one of the few states that does not recognize any other state's license. Fortunately, there are several states which require no licence to carry concealed, and a few more that are willing to recognize an Oregon CHL even if Oregon does not reciprocate.

An Oregon CHL is currently valid in: 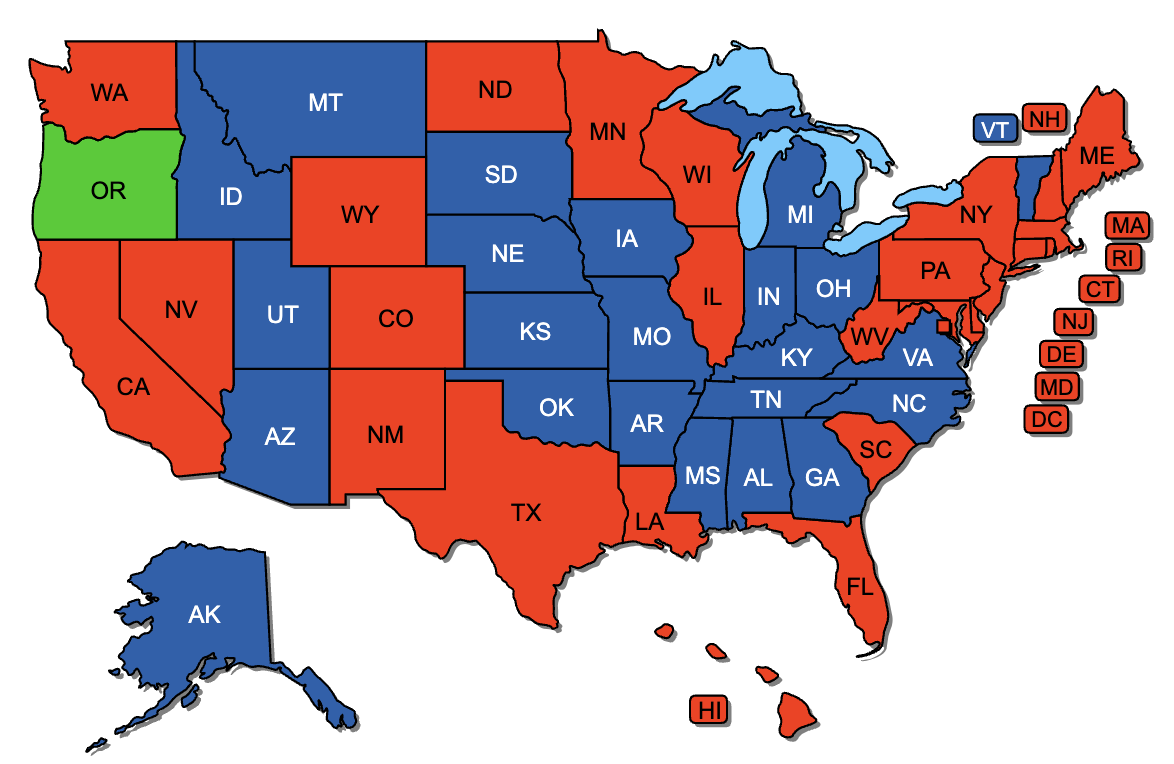 Click on these maps to go to the interactive map at usacarry.com for up to date information -- but remember this is their best effort, to be absolutely safe verify with the state(s) to which you are travelling. 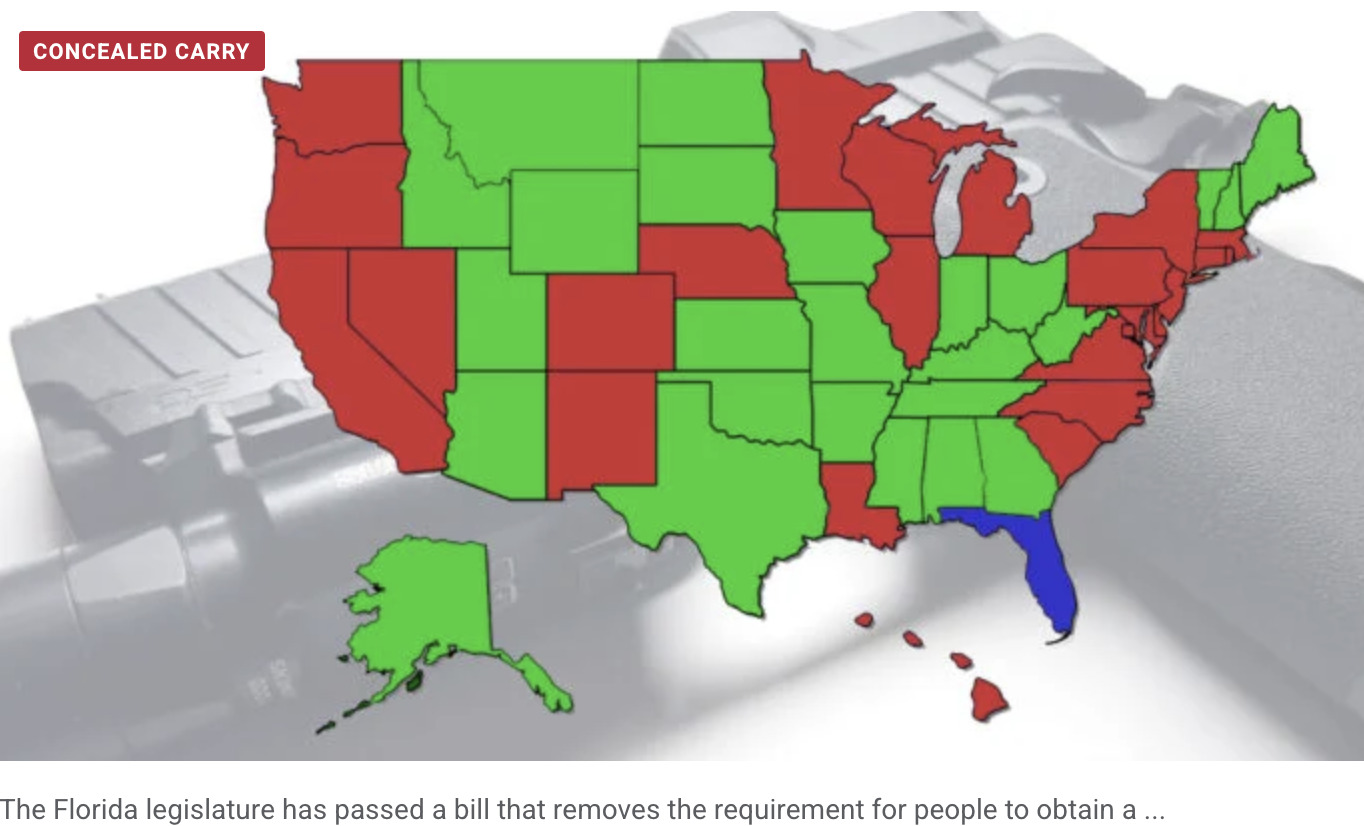 A growing number of states are implementing what is known as constitutional carry. This is recognition that the right to keep and bear arms is a fundamental right acknoledged by the US Constitution. In these states no license is required to carry a concealed gun. However many of these states seem to have some strange ideas of what that actually means, limiting the right to state residents only (rather than all US citizens) and sometimes restricting the areas in which this applies more restrictively than for holders of a concealed handgun license (Texas is particularly bad in this respect). Before relying on constitutional carry laws, spend some time trying to find out exactly what they allow and don't allow (not always easy).

The map on the right shows constitutional carry states as of Q1 2022. This information can change without notice.

See the links section for pointers to websites with reciprocity information.